HOUSTON, TX, Nov. 14, 2022 (GLOBE NEWSWIRE) — Nexalin Technology, Inc. (the “Company” or “Nexalin”) (Nasdaq: NXL; NXLIW) today announced the publication of a white paper, titled, “A case report of Nexalin ADI in the treatment of somatic symptoms of anxiety,” by the Second Xiangya Hospital of Central South University, China, validating the Company’s tACS device for the treatment of generalized anxiety disorder. The white paper details a case study of generalized anxiety disorder treated by the university with the Nexalin’s tACS device, in which the hospital reported the disappearance of all somatic anxiety symptoms and improved quality of sleep. The case study was overseen by the National Clinical Research Center for Mental Disorders.

The Second Xiangya Hospital of Central South University provided the following statement: “We are pleased to be working with Nexalin in bringing this new, effective, safe, and drug-free therapy to our patients with mental and neurodegenerative illnesses. We are encouraged by the results of this patient with generalized anxiety disorder, who received treatment with the 15 milliamp, Nexalin tACS device. The treatment consisted of 2 treatments per day over 10 days. The patient, a 42 year old female teacher, suffered repeated physical discomfort for 23 years, as well as anxiety and sleep disturbance for 6 months. Her condition was diagnosed as systemic somatic symptoms caused by severe anxiety. We observed the elimination of all somatic symptoms caused by excessive anxiety and a meaningful improvement in the quality of sleep. This case report demonstrated the value and effectiveness of the Nexalin tACS device in treating insomnia, anxiety, and somatic symptoms in this patient. Moreover, the effect was rapid and without any side effects. Importantly, the treatment effect persisted after 4 months of follow-up. The findings of this trial considerably expand the possibilities for more effective therapies for patients with generalized anxiety disorder, while eliminating the concern associated with the side effects of psychiatric drugs. As a result, we look forward to conducting a larger clinical research study.”
The Second Xiangya Hospital, founded in 1958, is an affiliate of Central South University, which is the largest Class A hospital in Hunan province. According to Fudan University’s ranking of hospitals in China, the hospital ranks 13th in comprehensive strength and 15th in specialist areas. The hospital spans 3,500 beds, 40 clinical departments, 9 medical laboratories, 127 wards and 4,985 employees.

Nexalin’s tACS technology is a safe, drug-free, non-invasive treatment method, originally cleared to treat patients with anxiety, depression, and insomnia. Nexalin has now developed a patented tACS device, which produces a 15 milliamp waveform, designed to penetrate structures deep in the mid-brain that are associated with a variety of mental health disorders. It is believed that Nexalin’s 15 milliamp waveform will correct irregularities in the brain’s neurochemical system. Low levels of serotonin (5-hydroxytryptamine, 5-HT) in the brain’s neurochemical system have been associated with various mental health issues. In 2021, Nexalin’s tACS device was approved by China’s National Medical Products Administration (NMPA) for insomnia and depression.
Mark White, CEO of Nexalin Technology, noted, “We are honored to have our neurostimulation technology featured in a white paper by this prestigious university hospital. This white paper reinforces the growing body of clinical evidence supporting the Nexalin 15 milliamp device, which we believe can have a significant impact on improving mental healthcare outcomes among patients affected with generalized anxiety disorder. The adoption of our medical device is poised to enhance mental healthcare as medical providers learn that our neurostimulation technology offers a proven alternative to psychiatric drugs. Nexalin intends to improve the treatment of generalized anxiety disorder and other neurodegenerative diseases. Nexalin’s team leads the industry in the clinical research of neurostimulation for the treatment of mental health diseases. We intend to bring our expertise to treatment applications, such as substance use disorder (SUD), Alzheimer’s and chronic pain. Our mission is to aggressively expand market awareness of our breakthrough technology around the world.”

About Nexalin Technology, Inc.
Nexalin designs and develops innovative neurostimulation products to uniquely and effectively help combat the ongoing global mental health epidemic. All Nexalin’s products are non-invasive and undetectable to the human body and provide relief to those afflicted with mental health issues without adverse side effects. Nexalin utilizes bioelectronic medical technology to treat mental health issues without the need for drugs or psychotherapy. Nexalin believes the 15 milliamp medical device can penetrate structures deep in the mid-brain that are associated with mental health disorders. Nexalin believes the deeper penetrating waveform will generate enhanced patient response without any adverse side effects. The Nexalin tACS device was recently approved in China by the National Medical Products Administration (NMPA) for the treatment of insomnia and depression. In September 2018, Nexalin entered into a series of agreements with Wider Come Limited (“Wider”), a company formed under the laws of the People’s Republic of China. Pursuant to this agreement, Nexalin and Wider have agreed to explore the formation of a joint venture entity to be domiciled in Hong Kong. This new entity will conduct clinical research and implement a business distribution plan for the Nexalin device in the Asia Pacific region. Additional information about the Company is available at: https://nexalin.com/.

This press release contains statements that constitute “forward-looking statements,” including with respect to the Company’s initial public offering. Forward-looking statements are subject to numerous conditions, many of which are beyond the control of the Company, including those set forth in the Risk Factors section of the Company’s registration statement and prospectus for the offering filed with the SEC. Copies are available on the SEC’s website, www.sec.gov. The Company undertakes no obligation to update these statements for revisions or changes after the date of this release, except as required by law. 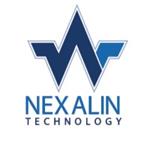